The eye-opener journey of students in the introduction of gender sensitivity and gender inclusiveness began when an elective was conducted for students of Smt. K. L. Tiwari college of Architecture, Mira Road. Sharing a few aspects which were shared and profoundly realized by students during the session.

Understanding Society and Social Sensitivity through the “Gender lens”

Social sensitivity describes the proficiency at which an individual can identify, perceive, and understand cues and contexts in social interactions along with being socially respectful to others.

Socially sensitive architecture speaks about being sensitive towards the society and its socio-cultural heritage. Understanding the society is a crucial parameter in order to give socially sensitive solutions. Scholars recognize the urgency for architects to become extra sensitive to context and consequences of their actions (Feireiss, Boumann, 2011), thereby encouraging improved reflection and rational thought processes to balance the overemphasis on creative production (Cupers, 2014). Architecture education as per AIA is defined in two different stages. Stage 1 comprises of first three years of B.Arch and implies a specific aim for architecture education – which is “To produce good world citizens who are intellectually matured, critical minded, ecologically sensitive and socially responsible”. Architecture curriculum has been imparting holistic learning in ecologically sensitive issues like environment, sustainability, green buildings, community engagements, energy efficiency etc. However considering the social responsibility of architecture towards society at large, theorists have emphasised importance on critically understanding the society and its social structure as a fundamental need of the course. Thus the need of today’s architecture education is to also teach the concept of society with respect to gender inclusiveness.

We are always taught as architects to look at any project with an unbiased perspective and produce the most holistic design in terms of its utility, functionality and beauty. Architecture is a social art with a purpose of serving the society at large. However the society for whom we design, its definition has always been pre-assumed as experienced by us. We are already assuming the society as seen by us or as told to us… and we give a solution accordingly. ”We internalize ideas from the society that we have perceived while designing”. We never question or try to find the facts behind the formation of this society. If we need to produce an unbiased design we need to understand the society with an unbiased lens first. Unbiased here, means in terms of justifying the consideration of need, for every category of user who will be using the space. For studying the different users of society, a social gender binary is considered as a lens.

The term gender binary describes the system in which a society allocates its members into one of two sets of gender roles and gender identities. It classifies gender in to two distinct opposite forms of masculine, feminine and gender diverse people too, who are as governed by social systems or cultural beliefs. Gender has socially constructed roles, behaviours, expressions and identities of girls, women, boys, men, and gender diverse people. This gender binary’s social structure is not new to us and is accepted by every individual as perceived or told to perceive by the society.

Theories on Gender as a social structure

The theories on social structure have always proved that our societies are ruled by hierarchical imbalance. There are many aspects where this unequal balance of a social hierarchy can be categorised, such as caste, creed, identity, nationality, income, gender etc. As per Paulo Freire’s Social theory, unequal social relations create a “culture of silence” that instils a negative, passive and suppressed self-image. In which case, decisions are considered only of the dominant class and not of the silent suppressed class. This is where the imbalance in giving holistic solution to the society may arise, paving the way for exclusive architecture to the suppressed society instead of providing inclusive architecture.

Oppression can be categorised in different forms of imbalance.  If the society’s needs are governed or decided by a specific category of people, then it is a biased need. Gender structure, expressing power relations between men and women in society, shapes the masculine and feminine identities as crucial parts of our human status. Since ages, gender structure has been regulated by patriarchal social orders on the basis of unequal power relations nearly throughout the world. It is almost generally accepted that “ . . . patriarchy refers to the system in which men as a group are constructed as superior to women as a group and so assumed to have authority over them” (McDowell, 1999, p. 16). The system, probably the main cause of women’s oppression, is still quite powerful in many parts of the world, deeply rooted in local cultures and faiths. The theories have specified how patriarchal society has strongly impacted designing of spaces in architecture too. “The way we’re trained as architects is embedded in deep traditions of male-dominated culture.” Angie Lee (Krichels, J, 2018, Architecture of gender, article, oculus magazine, AIA)

Gender Sensitivity as a lens towards learning in Architecture Education

There are many parameters in understanding Gender. Gender and gender dynamics are a very significant study under sociology.  Gender analysis is vital to the ability of the built environment to respond to the requirements of people who utilize built spaces. Understanding the role of gender in architecture can be helpful in the process of developing gender-sensitive planning strategies. In architecture education, we are learning gender sensitive spaces or inclusive spaces but the concern here is that we are only making the students aware about this knowledge. Since gender study plays a major role in learning inclusive spaces, students need to be sensitized and made critically conscious about this gained knowledge. Many times at institute level, sociological issues are reflected upon by students through debates, competitions and research. Many male students, even female students of the privileged sector are not ready to accept the realities of gender equality or don’t see it as a crucial concern. Such assumptions of the context are made by them through their individual experience itself. This has been a major drawback in bringing the required change in the society.

Here it becomes the utmost need of educational institutions to own up in bridging this gap and making the world a better inclusive space to live in. We at Smt. K. L. Tiwari college of Architecture, Mira Road, have diligently tried to make students aware through an introductory course in gender sensitivity. A lot still needs to be incorporated in the curriculum which we hope to achieve at the earliest. 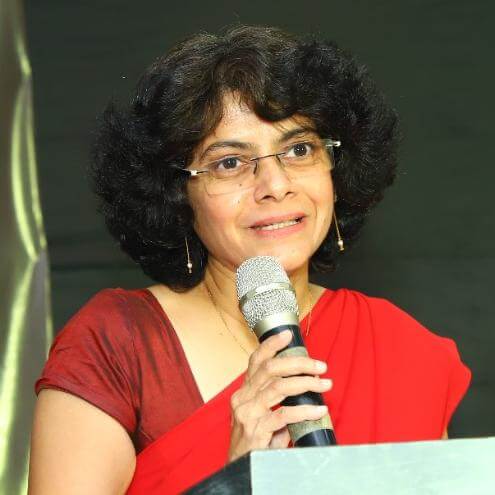 How do you demonstrate gender sensitivity?

Every adult is responsible for household responsibilities and kid care. Examine your household to see if there is an equal division of labour. In many parts of the world, women continue to be the primary caregivers for children.

If you have a friend or acquaintance who is a victim of domestic violence or other forms of abuse, seek aid and support. Physical aggressiveness isn’t the only form of violence in this category. Women are also subjected to verbal assaults (curses and threats) and psychological abuse (controlling, manipulative, and frightening behaviour). All of these phenomena frequently happen at the same time. Be aware that you are not alone if you are a victim of domestic violence. It should be reported!

In every community, those who are responsible for children and teenagers require assistance. Offering a pregnant lady a bus seat, campaigning for the establishment of children’s changing rooms in all toilets in shopping malls (not just in the women’s facilities), and demanding that corporations guarantee maternity and paternity leave are all vital activities.

Make no comments that mock, degrade, or humiliate women, black people, indigenous peoples, LGBTQI people, or any other historically oppressed groups. Also, if you hear such remarks, don’t remain silent. Tell your coworkers, friends, and family that chauvinist, racist, homophobic, and transphobic slurs will not be tolerated.

Employees must be able to report bullying, sexual harassment, and racism without fear of being publicly humiliated or fired. Cases that have been proven should be penalised. Furthermore, April Reign emphasises the importance of noting “how the most vulnerable individuals are represented” on the committee investigating the claims.

Is architecture dominated by male?

Architecture, like many other professions in the United States, has a long history of being a male-dominated discipline. The discipline has not been available to everyone from its inception.

What are the difference between Gender biased and Gender sensitive?
What exactly is gender sensitivity, and why is it so crucial?

Simply expressed, gender sensitivity is a way of life that prevents discrimination by acknowledging and appreciating the many differences that exist between men and women. It’s a way of thinking that encourages others to appreciate and care for one another, regardless of their differences.

What role does gender sensitivity play in the workplace?

Gender sensitization is the concept of gender sensitivity, which includes understanding gender roles, identifying privileges and discrimination within genders, and, most importantly, raising awareness about gender equality. A person’s workplace is a very important area where they can learn, grow, and flourish.